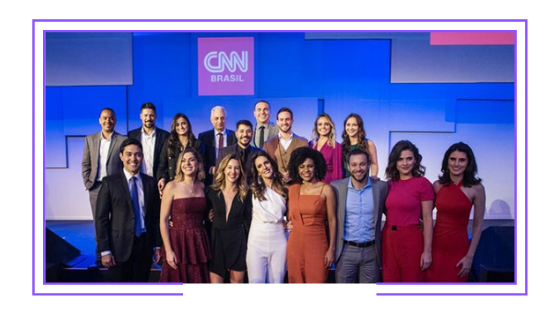 An interview with Brazilian president Jair Bolsonaro will be the main attraction on the news channel’s launch day, according to the announcement made by Douglas Tavolaro, one of the owners of the new channel, in an interview with local newspaper Folha de S.Paulo. The launch event was held on March 9 in Sao Paulo City.

Tavolaro added that CNN Brasil would broadcast live 17 and a half hours a day. In addition to news bulletins and public affairs shows, the channel’s programming will include original series and documentaries, which will be made by Brazilian partner production companies. Besides, there will be CNN international content and content purchased from several production companies across the world. In the digital universe, the channel will release exclusive podcasts.

The interview with the Brazilian president will not be the only important one to be broadcast on the new channel’s launch day. There will be exclusive interviews with Supreme Court Chief Justice José Antonio Dias Toffoli, with House of Representatives Speaker Rodrigo Maia and with Senate President Davi Alcolumbre.

So far CNN Brasil has entered into sponsorship agreements with Banco Santander, Cielo, Volkswagen, Magazine Luiza, IBM, 99 and Nestlé. The channel will be on the air as from March 15 at 8 p.m. (GMT-3) through Pay TV companies Net, Claro, Sky, Oi and Vivo, as well as local operators located in various Brazilian regions.