Europa+ launches in Brazilian market in alliance with Claro 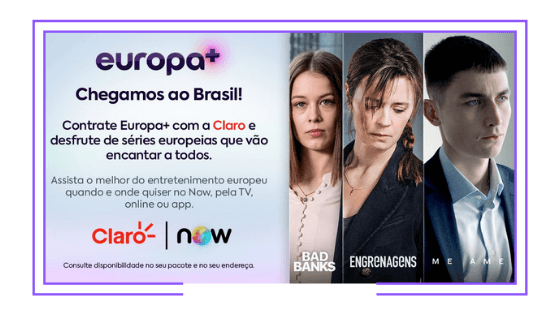 Streaming service Europa+, owned by Castalia Communications e Innokap, debuted in Brazil some days ago. The service was launched in this new market in association with telecommunications operator Claro (América Móvil). One year ago, Chief Operating Officer and Managing Director Rubén Mendiola told TAVI Latam that Brazil was “extremely important” to the company’s plans.

The strategy adopted by Europa+ in Brazil differs from the one deployed in Spanish-speaking Latin America and the Caribbean, since in the Brazilian market the service does not have its own platform, that is to say it has no website or application. It is available only on Now, Claro’s multiplatform service.

The operator is offering the OTT for a monthly fee of USD 2.7, although there is a promotion that makes it possible for the user to pay USD 1.8 per month during the first six months. An alliance between Europa+ and a Latin American telecommunications company is not unprecedented. In fact, Uruguay’s Nuevo Siglo is also among its partners.