Discovery Home & Health releases its first original in the home-makeover genre, the most successful one in Argentina 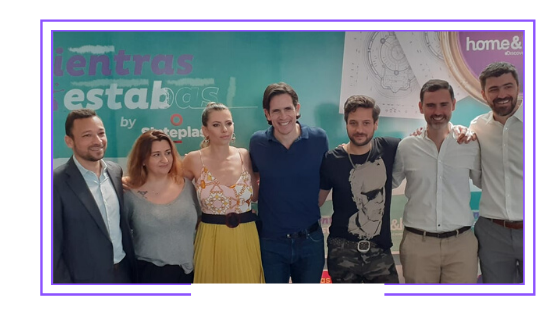 Discovery Home & Health (Discovery Networks), a lifestyle channel, releases its first home-makeover original in Latin America for its Argentina feed on Tuesday, November 21. The show, entitled Mientras No Estabas (While You Were Out) and produced by Fremantle, is the Latin American version of the US show having the same title. The company presented the show at Buenos Aires Latin American Art Museum (Malba).

“The home-makeover genre is our most successful category, as far as rating goes. Thurday night is the highest rated; it exceeds the channel’s average rating,” Discovery Networks Lifestyle Manager for the Southern Cone of Latin America Deborah Senderowicks told TAVI Latam.

“It is obvious that as a lifestyle brand we have other genres. That’s why we try to reach a balance. Next year we will release a locally produced show in the beauty genre (Editor’s note: Diez Años Atrás (Ten Years Ago), hosted by Eugenia Tobal),” she added.

Mientras No Estabas consists of four episodes and is hosted by actor Diego Ramos. Discovery Home & Health is producing the same show in Mexico, hosted by Diego Alfaro, and the premiere is scheduled for February 2020. In Colombia, it will be hosted by Maleja Restrepo but the premiere date has not been determined yet. For the time being, the channel will broadcast the local version in its respective country and will not broadcast it in other territories, although the possibility of doing so in the future cannot be ruled out.