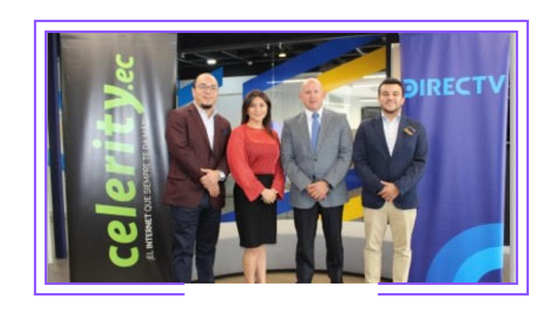 According to a press release issued by DirecTV, “More and more companies avail themselves of this type of alliance to create better opportunities within the market and to offer more benefits to all consumers.”

“This alliance will make it possible for us to offer an appealing bundle of products for the benefit of our users and to combine the most powerful home Internet connection with the best entertainment,” noted Puntonet CEO Katherin Miño. Celerity currently provides its service in 27 cities in 15 Ecuadorian provinces, with wide coverage in Quito and Guayaquil, the two most important cities in the country.

The agreement between the two companies allows both existing and new Celerity users to add DirecTV Go either Basic or Full plan to their Internet packs by having the DirecTV Go fee included in the Celerity bill. In addition, there is a promotion offering Celerity customers who sign up to the streaming Pay TV service a discount during the first six months.