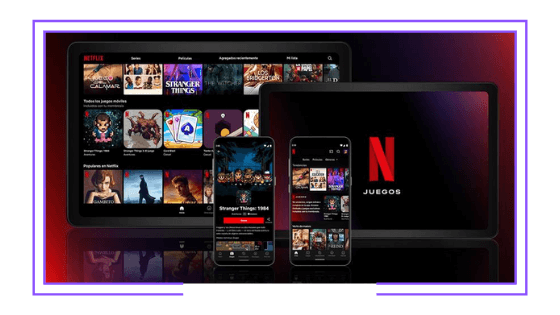 On November 2, Netflix made its videogame service available to all countries. The new service offered by the streaming giant debuted on a trial basis in Poland in late August 2021 and then in Italy and Spain. Now all Netflix subscribers, regardless of the country they live in or the plan they have signed up to, may enjoy this new initiative at no additional cost.

There are five videogames available at the moment. Two of them are based on Neflix original series Stranger Things and the remaining three are not related to any content offered by the platform. The titles are: Stranger Things: 1984, Stranger Things 3: The Game, Shooting Hoops, Card Blast and Teeter (Up). According to information provided by the OTT, some of them require an Internet connection whereas others may be played offline.

Users may access videogames only on mobile devices, through Netflix application. For the time being, the mobile games are available only on Android devices, but Netflix spokespeople assert that they will also be available on iOS devices in the near future.

According to Netflix, the purpose is to design videogames for any level of play and every kind of player, ranging from a beginner to a lifelong gamer. “We want to begin to build a library of games that offers something for everyone. We’re in the early days of creating a great gaming experience. We’re excited to continue improving our mobile gaming experience and adding to our entertainment offering in the months ahead,” remarked Netflix Game Development Vice President Mike Verdu.