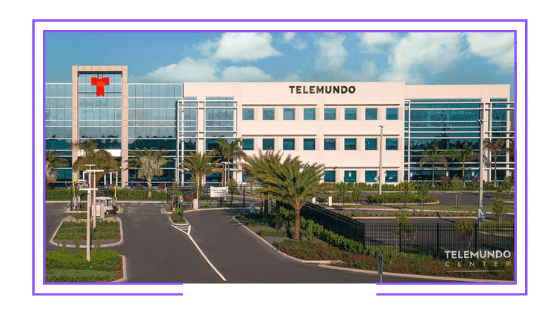 NBCUniversal (Comcast Corporation), together with its U.S. Spanish-language TV network, has announced the creation of a new audiovisual studio called Telemundo Streaming Studios, which will provide streaming platforms worldwide with Spanish-language content. It will be based in Miami, United States of America.

Telemundo Streaming Studios launches with 35 projects already in progress. The titles mentioned by NBCUniversal include the dramedy Armas de Mujer, designed for U.S. OTT Peacock (owned by NBCUniversal) and seasons 4 and 5 of the series El Marginal, which will be accessible on global platform Netflix, as well as the remake of Historia de Un Clan, upcoming seasons of El Recluso, a new version of El Diario de Un Gigoló and the action-packed series El Immortal. The company has not disclosed the names of the streaming platforms on which the four last titles on the list will be available. In addition to producing its own originals, the studio will offer its facilities and services to those OTT platforms that may require them.

According to NBCUniversal’s press release, “Since 2011, Telemundo has been the leading provider of scripted Spanish-language content to direct-to-consumer platforms, having delivered over 14,000 hours of original content to partners like Netflix, HBO, Hulu and Movistar, including 3,000 hours to Peacock when it launched last year.”