Claro Box TV to be launched in all Latin American countries 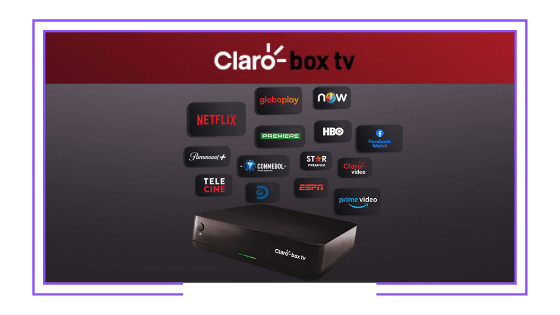 Claro Box TV, a streaming player with a built-in Pay TV service, will reach all those Latin American markets where América Móvil operates. The announcement was made by CEO Daniel Hajj at the presentation of the telecommunications company’s Q1 2021 financial results. No tentative launch date was revealed.

For the time being, Claro Box TV is available only in Brazil, where it was launched in late 2020. Like traditional Pay TV set-top boxes, the product is delivered on loan and is offered as part of a monthly plan that may be combined with a pack of basic Pay TV channels (more than 100) and/or with one including Internet service.

Users paying the basic fee can access Free-To-Air local TV channels, Facebook Watch and content from América Móvil’s Brazilian OTT platforms: Now and Claro Video. At the same time, the device works as a traditional streaming player allowing direct access to various streaming services, such as Neflix, Amazon Prime Video, Paramount+ and Globoplay, which is offered at an additional cost. In addition, it is possible to sign up to premium Pay TV packages, among which we may mention HBO, Star Premium, as well as sports packs Premiere and Combate.

América Móvil Chief Operating Officer Oscar Von Hauske has highlighted that this product makes it possible for the user to create his or her own content package easily, no installation by the company being required, since a single device allows access to a vast number of options, including Free-To-Air TV channels, basic and premium Pay TV content and streaming platforms. The device is considered to be “not only a Pay TV service but also an entertainment hub.”