Disney launches Star+, a turning point in sports broadcasting in the region 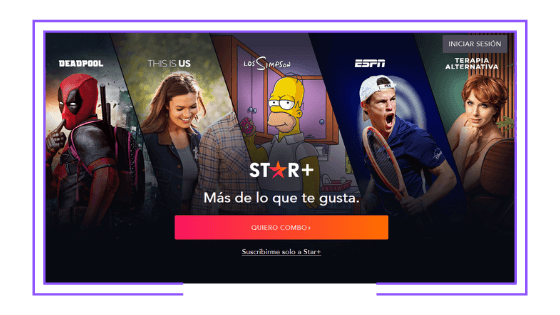 On August 31 The Walt Disney Company launched Star+, a new streaming service that combines series, movies, animated comedies and documentaries with Espn’s live and VOD sports content. This launch marks the beginning of a new era in the Latin American sports broadcasting market, since tournaments once reserved for Pay TV are now accessible through OTT subscription.

Soccer leagues and tournaments such as the Champions League, the Europa League, the Premier League, LaLiga, Bundesliga, Ligue 1, Serie A and the Copa Libertadores, as well as tennis tournaments such as Grand Slams, ATP and WTA used to be aired exclusively on Pay TV channels, for which reason viewers had no choice but to sign up to a Pay TV service. With Star+, subscription to a Pay TV service is no longer necessary.

Although its distinguishing quality is its focus on sports, the new OTT is designed to encompass all the adult-targeted content that was not included in Disney+, the other platform owned by The Walt Disney Company. That is why important titles such as This is Us, The Walking Dead, Outlander, 9-1-1, Grey’s Anatomy, Modern Family, Deadpool, Prison Break, Family Guy, Futurama and The Simpsons are included in the catalog of the new service. Moreover, it also offers movies recently released in theaters and exclusive originals.

The platform offers 4K (Ultra HD) quality, parental control features, a recommendation engine and the possibility of creating playlists. Content may be viewed on up to four devices simultaneously (mobile devices, streaming players, computers and smart TVs). Prices vary from country to country.

Like Disney+, Star+ has several promotion and marketing partners throughout Latin America. Some of them have already begun to advertise the service. Such is the case with Mercado Libre, DirecTV, Argentina’s Telecentro and Mexico’s Izzi. According to information obtained by TAVI Latam, other partners will publicize their proposals in the coming days.