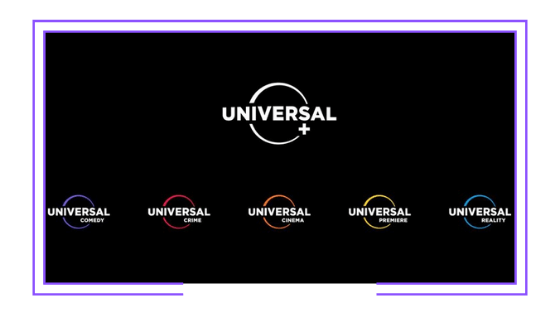 NBCUniversal has announced that a new premium channel pack will be launched in the Latin American Pay TV market on December 2. At the beginning, the pack will be available only to DirecTV, DirecTV Go and Sky México subscribers.

The new pack will be called Universal+ and will include five channels. Universal Premiere will air the most successful franchises and the exclusive releases of dramatic series (such as Dan Brown’s The Lost Symbol, La Brea, Coyote, Evil, Surreal Estate, The Newsreader, Family Law, Cardinal and Monsterland), Universal Cinema will offer Hollywood hits and the most awarded movies in all genres (such as The Grinch, Despicable Me, John Wick, The Invisible Man, The Secret Life of Pets 2, Downton Abbey’s film and Fast & Furious saga), Universal Crime is aimed at fans of crime and mystery stories (such as In Ice Cold Blood, Deadly Cults, Buried in The Backyard, License to Kill and Super Heists), Universal Comedy will broadcast new exclusive comedy series (such as Mr. Mayor, Rutherford Falls, The Unicorn, Upright and unique franchises including 30 Rock, The Office, The Millers, Man with a Plan, The Odd Couple and The Mindy Project) and finally Universal Reality will feature non-scripted programs, lifestyle, travel and home design shows (such as Below Deck, Million Dollar Listing, Project Runway, Game Face, Backyard Envy and Songland). The channels will be available in a linear mode on traditional Pay TV and in a VOD mode on operators’ TV Everywhere platforms.

The premium pack will be available to DirecTV subscribers in Argentina, Chile, Uruguay, Peru, Ecuador and Colombia, to DirecTV Go customers in Mexico, Argentina, Chile, Uruguay, Peru, Ecuador and Colombia and to Sky users in Mexico, Guatemala, Nicaragua, Costa Rica, Panama, Honduras, El Salvador and Dominican Republic. “We hope to expand this new service to our partners in the region and to go on supporting their Pay TV, broadband and OTT operations,” said Gus O’Brien, NBCUniversal International Networks Latin America Managing Director. According to information obtained by TAVI Latam, the company is currently engaged in negotiations with several operators.