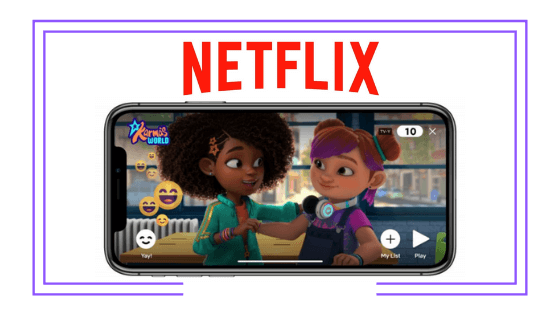 Netflix is gradually releasing a new short-form video feature, similar to TikTok and Instagram Reels, in Latin American countries, according to information confirmed to TAVI Latam by the streaming company’s press department. It is a new kid-targeted version of Netflix short-form videos. When it was first launched in March 2021, the feature offered comedy, humor and entertainment content aimed at adults.

The new initiative, called Kids Clips, was discovered by users a few days ago. Netflix has not made any official statement on the matter so far. The company’s press team has explained to TAVI Latam that Kids Clips is being “tested” in the United States, Canada, Australia, New Zealand, United Kingdom, Ireland, Spanish-speaking Latin American countries (content dubbed into Spanish) and Brazil (content dubbed into Portuguese).

The short-form videos, accessible only through Netflix mobile application and according to users only on iOS devices, show brief excerpts from titles taken from the OTT’s library. The feature allows rapid access to the whole content.