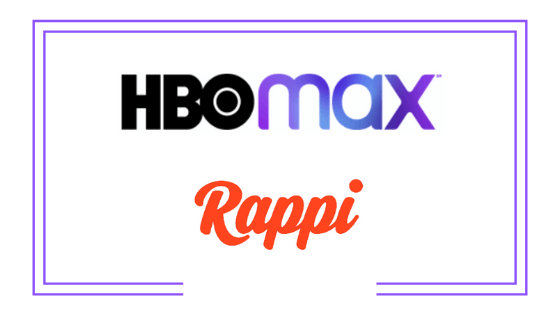 Delivery app Rappi is to gift HBO Max (WarnerMedia) subscription to new users of its Prime Plus paid plan, according to a press release issued by the streaming platform this week. The benefit will be available “over the next few weeks” in all Latin American markets where Rappi operates, that is to say Mexico, Brazil, Argentina, Colombia, Chile, Peru, Uruguay, Ecuador and Costa Rica.

Rappi Prime is a paid option granting users some benefits, such as free deliveries, gifts and specialized support. The delivery app is currently overhauling this service by launching two Prime plans: Prime Basic and Prime Plus, the latter offering HBO Max without any additional cost.

The gift consists in the streaming platform’s standard plan, which allows simultaneous access by three users on any device and creation of up to five profiles, in addition to making it possible to download the content and watch productions in high definition (HD) and 4K.

“Since we announced our arrival in Latin America some months ago, our main goal has been that more and more people may enjoy the experience and the content offered by HBO Max. In this way, partnerships such as the one we are about to close with Rappi, coupled with the quality of our service, make it possible for us to keep earning the preference of our users throughout the region,” noted HBO Max Partnerships Vice President Ana Julia Ghirello.

Although it is the first time HBO Max has offered free membership through a partnership, promotion and commercialization partnerships involving HBO Max are not unprecedented. The OTT’s partners include telecommunications companies (DirecTV, Sky Brasil, Claro, Telmex and Oi, among others), as well as companies operating in other industries, such as Mercado Libre, Casas Bahia and Ponto.