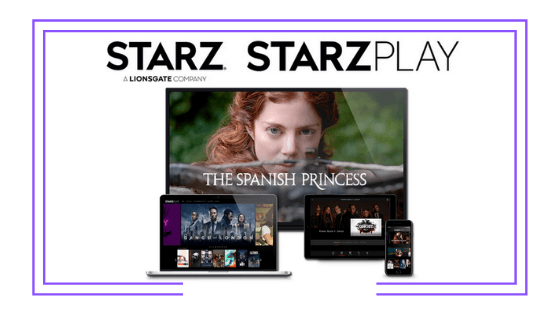 Starzplay, an OTT service owned by U.S. premium Pay TV network Starz (Lionsgate), presented its mobile direct-to-consumer application in Argentina and Chile at a virtual press conference held on October 27. The launch date in Chile is October 28, while in Argentina the app will be available one day later. The streaming platform was previously active in both countries, but it could be accessed only via Apple TV.

The application reaches these two new markets after having been launched outside the United States in late 2019. The international debut included Brazil, Mexico, France, Germany and United Kingdom. Then Italy, Spain and the Netherlands joined the group. The app is compatible with iOS and Android devices.

Superna Kalle, Executive Vice President of International Digital Networks at Starz, underlined the importance of Argentina and Chile within the Starzplay strategy and placed them within the ten most important markets for the OTT. Besides, she announced that the app would reach other countries before the end of the year.

The OTT service is also operating in other Latin American countries such as like Belize, Bolivia, Colombia, Costa Rica, Ecuador, El Salvador, Guatemala, Honduras, Nicaragua, Panama, Paraguay, Peru and Venezuela, through Apple TV. In addition to the app and Apple TV, Mexican and Brazilian users can subscribe to Starzplay through Amazon Prime Video Channels, Roku and telecommunications companies (Izzi and Totalplay in Mexico and Claro in Brazil).

The platform allows each account to be used by four devices simultaneously. The monthly price varies by country.

Among its top titles, the company highlighted The Spanish Princess, The Name of The Rose, Normal People, The Great, The Act, and Power Book II: Ghost.