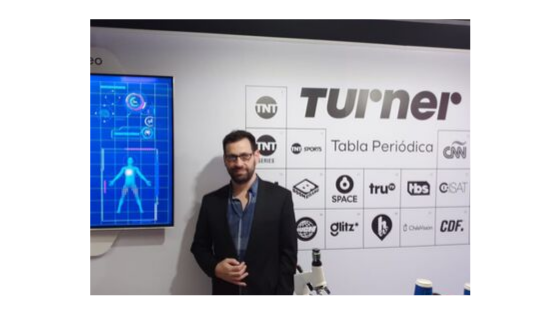 Turner Company is working on English language content, which will be produced in Latin America but whose actors will be native English speakers. The Company’s Content and Brand Portfolio Vicepresident Mariano Cesar made this comment at a press conference held during Jornadas Internacionales 2019. “We will make the announcement in the next few months,” he said.

This strategic decision is related to the circumstance that in Latin America content cross international borders. “We know that content in English are the most likely to cross borders and that our brands are linked to global English language programming,” explained Cesar.

In connection with the challenge posed by this circumstance, Turner executive said: “Nowadays we conceive projects with a view to local success in each country. Producers often ask us what can be done to ensure pan-regional success and my answer is that the best way is to avoid attempting to achieve that. According to him, Argentineans using pronouns as they are used in other Spanish speaking countries or a mixture of nationalities turn out to be hybrids that don’t work anywhere. We would be delighted to see local projects cross borders. In fact, we purchase rights at a pan-regional level. However, we believe that the way is to create a top-quality product at the local level first.”

Turner is currently producing Spanish language content in Mexico and Argentina, as well as Portuguese language content in Brazil. In addition to English language projects, the company’s plan is to expand local production to other Latin American countries, the next ones to be Colombia and Chile (although Chile already has its own production, this content is aimed at FTA TV channel Chilevisión). The selection of territories is based on the importance of each nation within the regional Pay TV market.