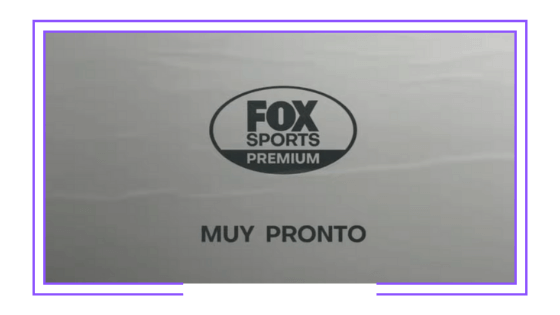 The owner of Fox Sports in Mexico, Grupo Lauman, has begun to advertise the launch of Fox Sports Premium, its new Pay TV premium channel. The first announcement was made last weekend during Fox Sports broadcasting of the tragic match between Querétaro and Atlas in Liga MX (Mexican soccer first division). Then the new channel began to be advertised during Fox Sports commercial breaks.

When it was contacted by TAVI Latam, Fox Sports Mexico press team confirmed the news and promised to provide more information when the launch date drew nearer. Although the date has not been revealed yet, ads assure that Fox Sports Premium will be available “very soon” under the slogan “the right option for those who want more”.

According to ads, the new premium channel’s line-up will include Formula 1 (world’s main motor racing competition), Liga MX matches, the UFC (world’s most important mixed martial arts championship) and the WWE (U.S. professional wrestling). The channel’s logo is identical to the one adopted by Argentina’s Fox Sports Premium, which is owned by The Walt Disney Company.

Updated 3-17-22: Fox Sports began to report in its commercial breaks that Fox Sports Premium will be launched on April 2.