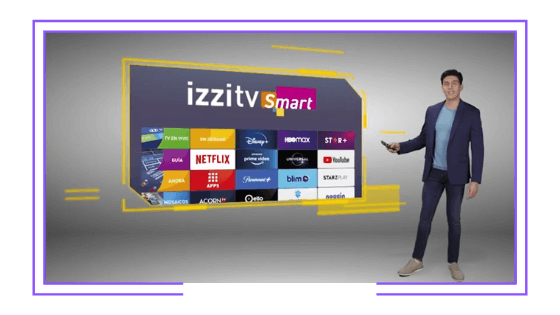 According to information obtained from Izzi (Televisa) by TAVI Latam, the number of set-top-boxes using Android TV (Google) as their operating system that have been installed by the Mexican telecommunications company’s Pay TV service has already exceeded one million. The one million mark was surpassed before the end of 2021. “The technology that powers Izzi’s multiscreen platform is the most advanced in the entire region,” asserted Izzi Marketing Director Guillermo Salcedo.

Izzi adopted the strategy of powering its STBs with Android TV technology in 2020, a joint development involving other companies: Google, STB manufacturers Skyworth and ZTE, content security technology company Verimatrix and Digital TV software supplier Mirada. According to Mirada annual report 2021, Izzi’s launch of Android TV boxes has been the most significant in Latin America, with a monthly average of 100,000 units.

In the region, there are currently over 25 telecommunications companies offering Android TV boxes to their customers, according to website Android TV Guide. In addition to Izzi, the companies are the following: DirecTV (Grupo Werthein) and Tigo (Millicom) on a regional scale; Megacable and Dish (MVS and Echostar) in Mexico; Oi, Sky (Grupo Werthein), Claro (América Móvil), Brisanet and Algar in Brazil; VTR (Liberty), Wom and Entel in Chile; Flow (Telecom) and Movistar (Telefónica) in Argentina; Antel and TCC in Uruguay; Claro (América Móvil) and Emcali in Colombia; Claro (América Móvil) and Liberty (Liberty) in Puerto Rico; Cabletica (Liberty) in Costa Rica; Cable & Wireless (Liberty) in Panama; Amplia in Trinidad and Tobago; Cable Color in Honduras and AXS and Comteco in Bolivia.