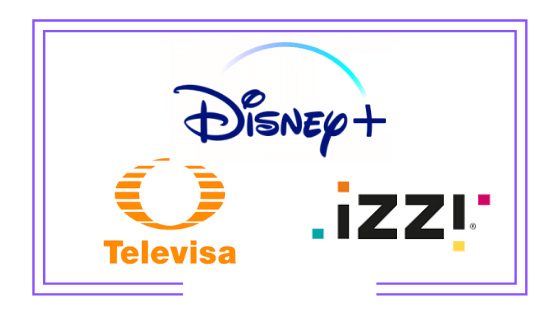 Mexican media and telecommunications company Televisa has announced that its operator Izzi will offer Disney+ as an “additional service”. The new streaming platform will be launched in Latin America on November 17. The news was disclosed on October 23, when Televisa Q3 financial results were presented. The Mexican company’s executives did not reveal any further details as to how the OTT will be offered owing to the fact that they have signed a confidentiality agreement with The Walt Disney Company.

The news has made visible one of the strategies Disney+ will employ for its expansion in Latin America, namely to add the platform to the service offered by Pay TV and/or telecommunications companies. Although Disney had given no indications so far that it was planning to avail itself of this ploy, it is already being used by Netflix, Amazon Prime Video, Paramount+ Noggin and Starz Play in some countries in the region.

“It’s going to be important for us, and it’s going to be a complement to our Cable service, to our Izzi products,” asserted Alfonso De Angoitia, one of Televisa Group CEOs.

“We are very well positioned to be the site where you can watch OTT content regardless of who the provider is. We are now pretty strong on Netflix distribution in Mexico, for example. It’s great for our customers to watch Netflix on their TV sets.(Editor’s note: through Pay TV service STB),” explained Izzi CEO Salvi Folch.

According to Folch, “OTTs have seen that we can work as a distributor of their own content. So I think that there’s great expectation, but we should see this as an opportunity to become content aggregators.”