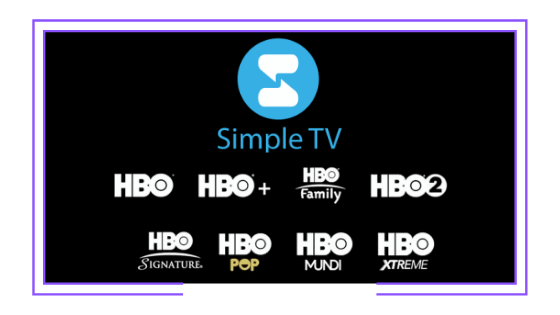 According to information published by Venezuelan specialist reporter Edgar Rincón Molina, Satellite TV operator SimpleTV (Scale Capital) will be offering HBO (WarnerMedia) premium pack as from May 3. Some time ago, company officials said that SimpleTV was about to add the above-mentioned channels.

The launch of premium packs has been pending since the company took over DirecTV Venezuela’s former operation in August 2020. Following the addition of HBO, the DTH will probably include other premium options, such as Disney’s Star Premium channels (formerly known as Fox Premium) and channels for adults.

The news was revealed after the inclusion of all HBO channels in SimpleTV EPG (Electronic Programming Guide), as reported by subscribers on social media. The channels were added to the line-up before they started operating.

According to Rincón Molina, the 14 channels traditionally included in HBO premium offer will be available, eight of them in standard definition (SD) and the remaining six in high definition (HD). HBO, HBO 2, HBO Plus, HBO Signature, HBO Family, HBO Xtreme, HBO Mundi and HBO Pop will be available in SD, and the first six channels on the above list will also be available in HD. The reporter has not provided any information about the price of the pack.

Update 21-5-3: The price of the pack is USD 9 and there is a promotion to get it at USD 5 if subscribers sign up before August 3.