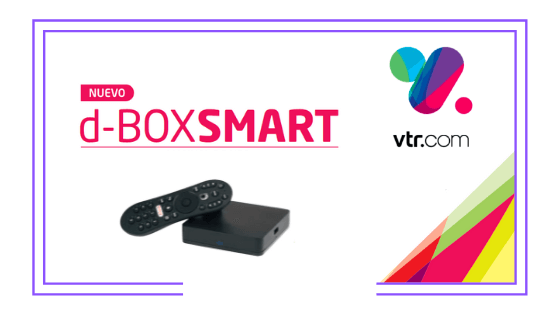 VTR, a Chilean telecommunications company owned by Liberty Latin America, has begun to offer its new advanced television service HubTV. At the moment, it is only being provided over IPTV, through the new fiber optic network being deployed by the operator, and requires a new set-top box developed by TiVo called d-Box Smart.

HubTV makes it possible for users to view live channels and VOD content, to pause, rewind or fast-forward live TV, to record shows, to create their own content lists, to get recommendations for content based on what they have already watched, to search for content beyond VTR catalog, as well as to access various video, music and game apps. Liberty Puerto Rico, also owned by Liberty Latin America, has been selling this product since 2020.

The news was disclosed when the company announced a further expansion of its FTTH network, which has now reached Buin, a district located in Santiago Metropolitan Area. According to information revealed by VTR, Buin is the third Chilean district to be reached by the company’s fiber optic network, following Lota (Biobío) and Padre Las Casas (Araucanía). However, Chilean website Pisapapeles had previously reported that the operator was offering FTTH services in Quintero City (Valparaíso).

The company’s plan for 2021 is to reach over 50 districts throughout Chile with its fiber optic network, which will make the service available to 400,000 homes. VTR will also use this network to provide high-speed symmetrical Internet services.

Update 8-3-21: The HubTV product was renamed NextGen TV and was released to reach all VTR Pay TV subscribers.