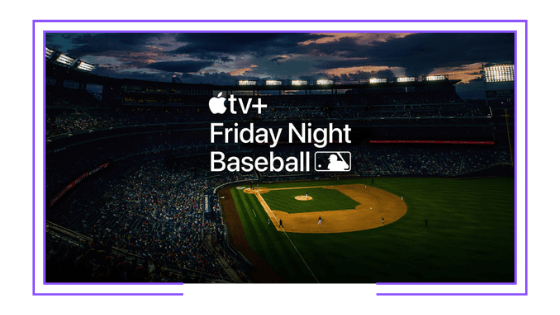 Apple TV+ (Apple) has announced its agreement with Major League Baseball (MLB) to broadcast matches in the United States, Canada, Brazil, Mexico, Puerto Rico, United Kingdom, Australia, Japan and South Korea. In this way, the OTT platform makes its debut in the arena of live sports, an initiative that was reported by some U.S. media last year.

Two matches will be aired every week, on Friday night, under the title Friday Night Baseball. The streaming service will broadcast season 2022 matches, though the launch date has not been confirmed yet owing to a conflict between team owners and the players’ trade union.

In addition to live games, the OTT will offer pre- and post-game shows, journalistic and analytical content, replays and highlights, as well as MLB originals. There will be live and on demand content.

Initially, MLB matches on Apple TV+ will be available without the need for a subscription. However, the service will be free for “a limited period,” noted company spokespeople.

According to information provided by the company, the plan is to make MLB content available in many other countries in addition to the eight territories mentioned above. “Apple is the ideal partner to bring Friday Night Baseball to fans around the world,” asserted MLB Chief Revenue Officer Noah Garden.