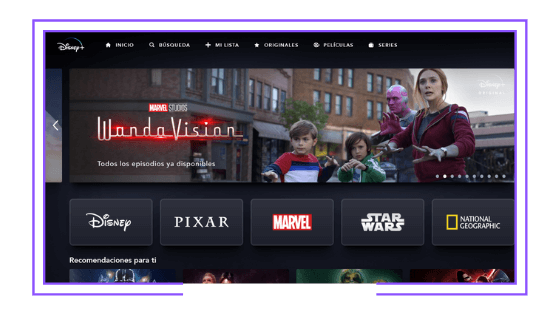 At The Walt Disney Company’s shareholders’ meeting, CEO Bob Chapek revealed that Disney+ had just surpassed a significant barrier: 100 million paid subscribers worldwide. The company has so far not provided details about the number of subscribers in each country or region. The only OTT platform that discloses subscriber counts per region is market leader Netflix, which by the end of Q4 2020 had reached 203.66 million global customers. It is worth mentioning that 37.54 million out of the total were Latin American users.

Disney+ launched on November 12, 2019 in the United States, Canada and the Netherlands, after which it spread gradually throughout the world. It is now available in 59 countries. In Latin America, the launch date was November 17, 2020.

“Our direct-to-consumer business is the company’s top priority,” asserted Chapek during the meeting. “The enormous success of Disney+ has inspired us to be even more ambitious, and to significantly increase our investment in the development of high-quality content,” he added. “In fact, we set a target of 100-plus new titles per year, and this includes Disney Animation, Disney Live Action, Marvel, Star Wars, and National Geographic.”