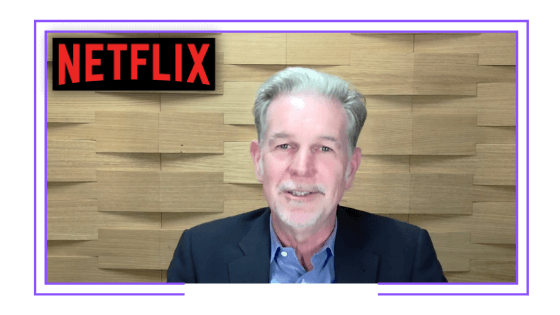 For the first time in the last ten years, Netflix has reported a quarterly drop in its subscriber base on a global scale. The streaming platform lost 200,000 users in the first quarter of 2022, with subscriber count totaling 221.64 million. Shortly afterwards, Co-CEO Reed Hastings revealed that they had begun to design a lower cost, ad-supported plan.

According to Netflix Q1 2022 report, “streaming is winning over linear, as we predicted, and Netflix titles are very popular globally. However, our relatively high household penetration -when including the large number of households sharing accounts- combined with competition, is creating revenue growth headwinds.”

Subscriber loss was also visible in the Latin American market, where Q1 2022 was the first quarter with negative net additions in Netflix’s history. In Latin America, the OTT had 39.61 million customers at the end of the period, which means that its base shrank by 351,000 users (-0.9%).

In addition to the situation described above, Netflix remarked that if suspension of its Russian operation owing to the Russia-Ukraine war had not been taken into account, the company would have grown globally during Q1 2022. Anyway, it is projected that the OTT will lose another 2 million subscribers in Q2 2022.

As regards the lower cost, ad-supported plan, Hastings noted that it is “one way to increase the price spread.” “And those who have followed Netflix know that I’ve been against the complexity of advertising and a big fan of the simplicity of subscription. But as much I’m a fan of that, I’m a bigger fan of consumer choice. And allowing consumers who would like to have a lower price and are advertising-tolerant get what they want makes a lot of sense,” explained the company’s Co-CEO, who added that the strategy would not be implemented in the short run.