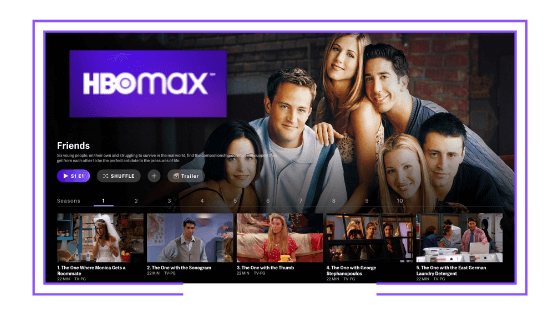 Streamer HBO Max (WarnerMedia) has introduced a shuffle button on a global scale. The new feature allows users to avoid wasting time in the selection of content, given that the platform selects it automatically. Unlike already in service Netflix’s shuffle button, which encompasses its whole catalog, HBO Max’s version is focused on certain series (not all of them), of which an episode is randomly chosen by the system.

This is the first attempt of this kind made by WarnerMedia’s OTT. It is worth remembering that Netflix did several test runs before launching its final version of its button, called Play Something. For the time being, HBO Max’s new feature is not available on apps for mobile devices and smart TVs; it is currently available only on the website.

WarnerMedia remarked that the brand new option had been one of the features most requested by its customers. “Selecting the shuffle button lets you kick your feet up and start watching faster,” a WarnerMedia spokesperson told Variety magazine.