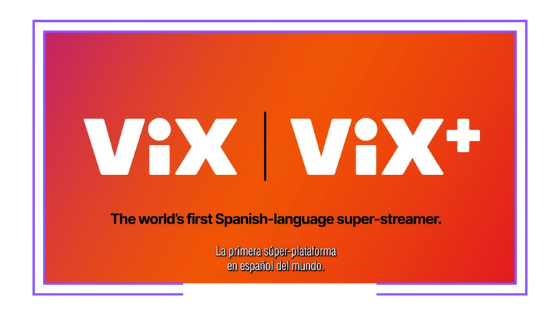 On February 16, TelevisaUnivision unveiled its new two-tier streaming service Vix, which is to make its debut on March 31 and will offer a free-of-charge add-supported option (AVOD) as well as a subscription-based ad-free product (SVOD). According to information provided by the recently created audiovisual company, “the service will offer over 50,000 hours of Spanish language content, including entertainment, live sports and news, in its first year.” The plan is to launch the OTT in the United States and in all Spanish-speaking Latin American countries.

Vix, the free of charge option set to launch on March 31, will offer an extensive VOD library and more than 100 linear channels. Vix+, the pay service that will be made available in the second half of the current year, will allow access to the whole catalog, including TelevisaUnivision originals and movies produced by Mexican distribution company Videocine, which will be accessible on the OTT without being shown in theaters first. In addition, agreements have been entered into to deliver movies from MarVista Entertainment and Film Factory Entertainment.

Live sports will be available only in the United States and Mexico, which are the countries where the company holds broadcasting rights. Some of the events will be accessible to the AVOD tier users, whereas others will be exclusive to those who have chosen the SVOD option.

“Ours is the only company having the ability to launch a platform of this kind,” remarked TelevisaUnivision President Pierluigi Gazzolo. The beta version of the platform is already available to a group of select users in Mexico and the United States.

Vix, previously existing as an AVOD service, was acquired by Univision in early 2021. The other two streaming platforms owned by the company, PrendeTV and Blim TV, will be absorbed by the new Vix company.