Disney and Starz team up to launch a bundle including Disney+, Star+ and Starzplay 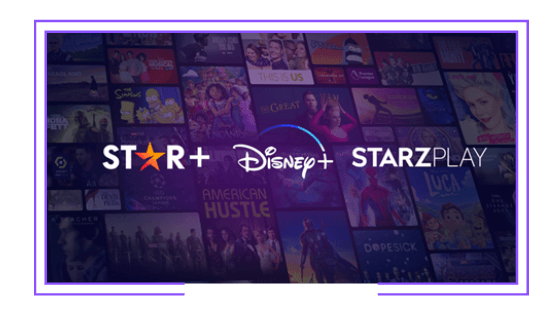 As a result of an alliance that is quite unprecedented in Latin America, The Walt Disney Company and US premium TV network Starz, owned by movie studio Lionsgate, have begun to offer a pack comprising three streaming platforms at a single price. Two of them, Disney+ and Star+, belong to Disney, whereas Starzplay is owned by Starz. The offering is available as from June 23 in Argentina, Brazil, Chile, Colombia, Ecuador, Mexico and Peru.

It is worth mentioning that the companies were involved in a court action in 2021, when Starz sued Disney on account of the similarity between Starzplay and Disney’s brands Star and Star+. Starz commenced legal proceedings in Brazil, Argentina and Mexico. Although neither company made any official announcement, the Brazilian press revealed that an out-of-court settlement had put an end to litigation in Brazil. The outcome of the proceedings brought in Argentina and Mexico is unknown.

Those who are interested in the new pack may sign up on Disney+ and Star+ websites (www.disneyplus.com and www.starplus.com). Then, they will have to download each platform’s app separately, since the content of the three OTTs will not be unified into a single platform.