TVCortos: “We are going to launch an app with Pay TV operators” 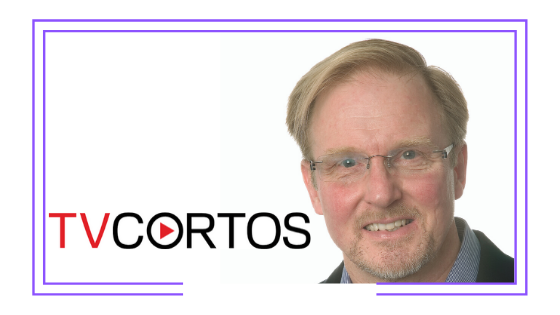 ShortsTV CEO Carter Pilcher is interviewed by TAVI Latam. TVCortos is the Spanish-speaking version of the channel.

Highlights from the interview:
-Short movies are often more interesting than long ones.
-We are showing on air every year four or five thousand films. Our catalog consists of 13 thousand films. We buy between 1.5 thousand and 2 thousand new films a year.
-We are buying 200 hours of Spanish languague films from Latin America.
-ShortsTV compiled all the Oscars nominated shorts in three long films and released them in US theaters in January.
-We have new projects with a big opening in Latin America that we will announce in a month.
-We are negotiating with two other operators in Mexico to add our channel to their line-ups.
-We are exploring with Pay TV operators the launch of an app. We are testing it.

Interview:
TAVI Latam:-Tell me about the origin of the idea behind ShortsTV.
Pilcher:-The original idea for ShortsTV comes from two things. One, I am originally an astronautical engineer and I have a very short attention span and It´s very difficult to watch a long movie and I always love short movies. And I think that there are a lot of people like me in the world. The other thing is that as just a creative endeavor, I think often short movies are more interesting, more to the point, more unfiltered, more edged, more exciting… The idea behind ShortsTV as a TV network is to create a place where everybody in their regular home can turn on the TV and be at a film festival. We program the network in hour blocks like going to the best film festival that you ever imagine, watching a great group of short films every hour.
TAVI Latam:-How big is your video library? Where did you buy the content?
Pilcher:-Everywhere. We are showing on air every year four or five thousand films. Our catalog consists of 13 thousand films. We buy between 1.5 thousand and 2 thousand new films a year; 90% of short movies are from 2011 until now. Very fresh, very new. We have a huge catalog. We set people everywhere in the world to buy content, we have four or five in the US, three people in Europe, two people in India. Our Latin American people are in Los Angeles; we send them to every Latin American festival. Besides, we partner with film festivals. We have just partnered with BogoShorts in Colombia, next month we will partner with CineLebu in Chile (Editor’s Note: Academy Awards short films qualifying festival), we will partner with another in Argentina and we partner with Guanajuato film festival in Mexico.
TAVI Latam:-What new content will be realeased in 2020?
Pilcher:-In 2020, we have new originals. We are buying 200 hours of Spanish languague films from Latin America.
TAVI Latam:-Is the company planning to produce its own short movies?
Pilcher:-We always produce sample movies, we help with furnishing funds, we run competitions. We have new projects with a big opening in Latin America that we will announce probably in a month.
TAVI Latam:-Is there any new proposal for the next Academy Awards ceremony, to be held on February 9?
Pilcher:-Yes, but only in the US. The Academy gives three Oscars for short films every year. One to the best animated short, one to the best documentary short and one to the best live action short. ShortsTV compiled all the Oscars nominated shorts in three long films and released them in US theaters in January.
TAVI Latam:-In Latin America, TVCortos is included only in DirecTV and Megacable’s line-ups. Are you negotiating with other operators?
Pilcher:-There are other two big platforms across Latin America we are talking to and several local operators. For example, we are negotiating with two new operators in Mexico.
TAVI Latam:-Do you offer VOD content in Latin America?
Pilcher:-We do through Pay TV operators. And we are exploring with them the launch of an app, we are testing it with DirecTV in the US with 2.5 thousand shorts in Spanish.
TAVI Latam:-How will this OTT service work?
Pilcher:-Our next OTT platform is the more satisfying way to watch short movies. The most succesful content in the world are music songs, so we built the ShortsTV app around the idea that most people don´t want to pick the short movies like Netflix, they want to keep going like on YouTube, where you can skip it or watch it and you can like it.