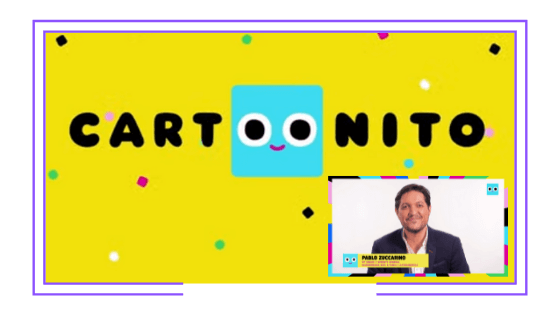 On November 30, WarnerMedia held an event to present its new kid-focused proposal, targeted at preschoolers (aged 2 to 6). As previously reported by TAVI Latam, the name of the channel is Cartoonito, a brand already used by the company in other regions. Cartoonito will be launched as a linear 24/7 channel in all Latin American countries on December 1 and will replace Boomerang. Content will be available in Spanish, Portuguese and English.

“Unlike our other kid-focused brands, the new channel is connected with Cartoon Network since its birth,” explained WarnerMedia Kids & Family Latin America Senior VicePresident and General Manager Pablo Zuccarino. “We are turning Cartoon Network into a more flexible brand, in order that it may reach the whole Kids & Family segment and attract all audiences, not only children aged 6 to 9. This channel is part of our search,” noted Zuccarino. The company’s decision to embark on this search for new audiences had been preannounced at a recent press conference by Jaime Jiménez, WarnerMedia Latam Kids Vice President of Content Strategy & Original Production.

Zuccarino described the project as follows: “The plan is very ambitious. It includes more than one thousand hours of content, with over 50 new series to be released during the first two years. It is the first time WarnerMedia has penetrated the preschool segment as a company producing original content. Among the titles, the executive mentioned Batwheels, Bugs Bunny Builders and Tom & Jerry Time, animated versions based on the company’s historic franchises (Batman, Looney Tunes and Tom & Jerry), as well as Little Ellen, Lucas The Spider and Mush-Mush & the Mushables. In addition, the channel will offer third-party productions such as Thomas & Friends, Pocoyo and Masha and The Bear and content produced by renowned companies including Reino Infantil (Argentina), Mundo Bita (Brazil) and Cleo y Cuquín (Mexico).

According to information provided by WarnerMedia, Cartoonito will have 37 million Pay TV subscribers in Latin America at launch time. Not only will content be available on the new linear channel but also on Cartoonito YouTube channel, on its website, on the social media and on HBO Max streaming platform.