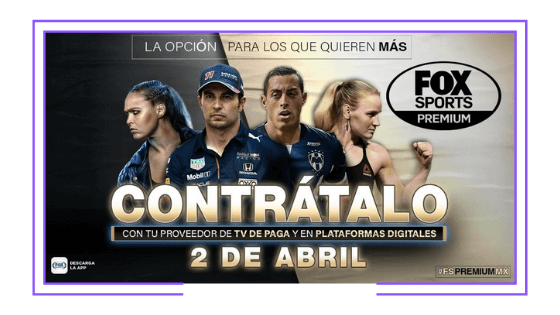 Fox Sports Premium will be available as an additional package through Pay TV operators, which will make it possible to access content both via traditional TV and streaming, by means of Fox Sports app (TV Everywhere feature). The new channel will also be available without the intervention of Pay TV companies, through digital platforms, only via streaming, together with the other three channels owned by Fox Sports. The monthly price of the first option will be USD 5.5 (suggested), whereas the second will cost USD 6.5 per month.

According to Cristina Ruiz de Velasco, Business Development Manager at Grupo Lauman, “The launch of Fox Sports Premium allows us to consolidate an offering now including four sports channels, which appeals not only to fans but also to our commercial partners. Through this channel we will reach various new audiences that consume sports content in a different way and we will thus become the option for those who want more.”