Telecom’s Flow and Personal brands to absorb Cablevisión and Fibertel 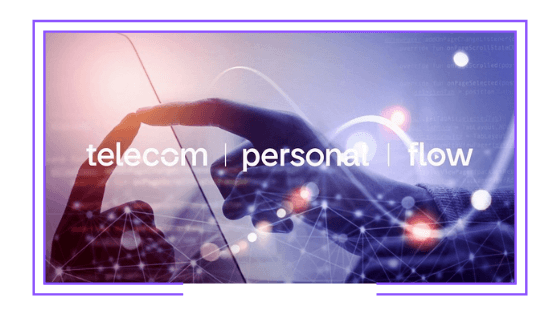 Argentine telecommunications company Telecom has decided to modify its brand strategy. Cablevisión, the brand employed for Telecom’s Pay TV service, and Fibertel, the one that identified the company’s fixed Internet service, ceased to exist on October 4. Cablevisión has become Flow, the name of the advanced TV platform launched by the company in 2016, whereas Fibertel has become Personal, the brand adopted by the company for its phone and mobile Internet service. Another brand that has disappeared is Fibercorp, which used to identify corporate services.

As a consequence of the move, Telecom is now the institutional brand that encompasses the other two brands and provides corporate services, Personal operates home Internet (fixed and mobile) and phone services (fixed and mobile) and Flow is in charge of audiovisual services. In Uruguay, Cablevisión brand remains active for the time being.

At the same time, Nobile spoke about an important innovation. “In the world to come it will be possible to sell Flow on a standalone basis, separately from the network, without our broadband, through a service that will be called Flow Flex.” In this way, Flow will become a 100% streaming Pay TV service, also known as VMVPD (Virtual Multichannel Video Programming Distributor). Although previously in existence, it was available only to the company’s fixed Internet service (Flow Now) customers.