Eutelsat: “In March 2021, we started simulation tests on 23 FTA channels with a view to migration from C band to Ku band” 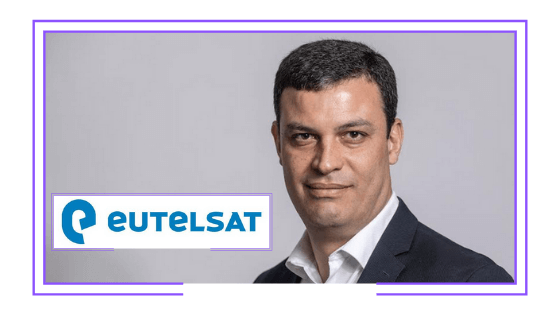 Eutelsat Brasil CEO Rodrigo Campos is interviewed by TAVI Latam. He is an engineer who has over two decades´ experience in the telecommunications industry and has been working for Eutelsat since 2014.

Highlights from The Interview:
-Brazil has a unique Free-To-Air video distribution network to more than 10 million homes in C band which would be extensively affected by 5G rollout in adjacent frequencies.
-Eutelsat provided Anatel with a report demonstrating the advantages of migrating TVRO to Ku band using a cost-effective antenna capable of receiving two satellites simultaneously.
-In March 2021, Eutelsat started the migration simulation of 23 Free-To-Air channels to Eutelsat 65 West A and the migration process has proven to be a cost-effective solution.
-The penetration of satellite TV is stable or growing across our footprint.
-Given the economics, satellite likely to remains the cheapest and most efficient way to reach a large number of viewers in many regions.

Interview:
TAVI Latam:-What is Eutelsat’s opinion about channels operating in the C-band in Brazil?
Campos:-C band will remain important for several applications in Brazil such as video distribution to towers. Brazil, however, has a unique Free-To-Air video distribution network to more than 10 million homes in C band which would be extensively affected by 5G rollout in adjacent frequencies.
TAVI Latam:-What does Eutelsat propose regarding this situation?
Campos:-Since discussions began relating to 5G affecting Free-To-Air channels (locally known as TVRO), Eutelsat has proposed different solutions for facilitating migration, notably through Ku band. In August 2020, Eutelsat provided Anatel with a report demonstrating the advantages of migrating TVRO to Ku band using a cost-effective antenna capable of receiving two satellites simultaneously.
TAVI Latam:-Is Eutelsat carrying out tests with a view to a potential migration?
Campos:-In March 2021, Eutelsat, together with local teleport Speedcast, started the migration simulation of 23 Free-To-Air channels to Eutelsat 65 West A. The trial is currently running smoothly, and the migration process has proven to be a cost-effective solution with a greater bits/Hz efficiency, indicating a substantial reduction in costs for broadcasters currently operating its Free-To-Air video distribution in C band.
TAVI Latam:-What is Eutelsat’s vision in connection with the current situation of the Latin American satellite TV market?
Campos:-It would be interesting to know the company’s position regarding three specific services: Satellite TV (DTH), distribution of Pay TV channels and distribution of TDT channels. Our research shows the penetration of satellite TV is stable or growing across our footprint. Satellite will therefore retain sufficient critical mass to remain a key player in the distribution of video content. Given the economics, satellite likely to remains the cheapest and most efficient way to reach a large number of viewers in many regions. The cost of transmitting a channel via satellite is extremely low and will almost always remain an attractive option for a content provider looking to amortize costs over the widest possible number of subscribers, for DTH or signal distribution for DTT. Eutelsat has built flagship video neighbourhoods such as Hotbird and 7/8° West, hosting high-power satellites that broadcast Pay TV platforms and Free-To-Air channels, reaching large audiences. Eutelsat’s premium video neighbourhoods serve Europe, Turkey, Russia, Africa, and the Middle East while neighbourhoods are growing in Latin America and Asia. Our clients in the Americas region include leading pay-TV platforms, such as Grupo Televisa, Tigo or Thema. BluTV, a new Direct to Home broadcast platform dedicated to the Brazilian market, has recently joined our satellite Eutelsat 65 West A.
TAVI Latam:-How does Eutelsat envisage the future of Satellite Internet? What position is it likely to achieve in the next few years?
Campos:-The COVID crisis has accelerated the need for high quality, reliable broadband; as it has rapidly established new norms for how people live, work and communicate. The need for broadband has become even more critical in enabling people to work from home, to continue to access education and other vital information, and simply, to remain in touch. In this context, satellite is stepping in to fill the gap where terrestrial infrastructure is yet to go or is simply unable to go at a reasonable cost. Evolving technology means satellite connectivity can now provide a reliable, accessible and cost-effective solution for the millions of businesses and individuals throughout the world, and in Latin America, as well who are living on the wrong side of the digital divide. Eutelsat has been putting into place the necessary satellites and technologies to meet the demand worldwide for efficient and affordable connectivity. In Latin America, Eutelsat operates a high throughput payload on the Eutelsat 65 West A satellite in Ka band. Part of this payload is leased to EchoStar whose Hughes do Brazil affiliate provides broadband services in Brazil. In Europe, the Eutelsat Konnect satellite, which entered into service in November 2020, provides full or partial coverage to fifteen countries across Europe. It targets European households with a poor-quality Internet connection, or who are deprived of one. This satellite, whose capacity also greatly serves 39 African countries, is the precursor to an even more powerful satellite that Eutelsat will launch in 2022 to address the connectivity market. A next new generation very high throughput satellite: KONNECT VHTS, whose 230 spot-beams and overall capacity of some 500 Gbps will provide two-way broadband connectivity across Europe and further afield. KONNECT VHTS will be a game changer, enabling Eutelsat to provide fiber-like connectivity to the end user at fiber-like pricing.