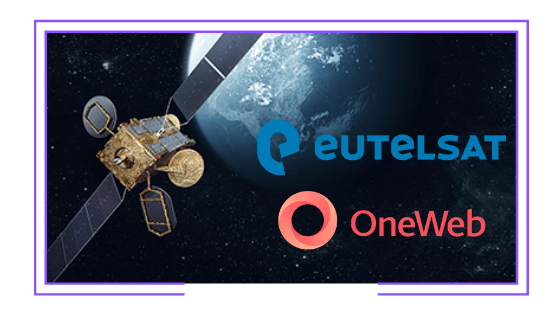 On July 26, just one day after the official announcement of negotiations, satellite operators Eutelsat (France) and OneWeb (Britain) announced they had signed a Memorandum of Understanding with a view to combining both companies. The new company resulting from the combination will have 36 geostationary earth orbit (GEO) satellites, contributed by Eutelsat, and 648 Low Earth Orbit (LEO) satellites (428 of which have already been launched), contributed by OneWeb.

The transaction will be structured in such a way that Eutelsat, which owned 21% of OneWeb’s shares, will become the owner of 100% of the British operator’s capital (excluding the “special share” belonging to the UK government). The remaining shareholders (Bharti, SoftBank, Hughes, Hanwha Systems and other minor shareholders) are to receive shares issued by the new company.

The transaction is subject to approval by Eutelsat shareholders at a Special Meeting to be held by the end of the first half of 2023. According to a press release, “the transaction will be subject to clearance from relevant regulatory authorities.”

The companies state that the objective is “to create a leading global player in connectivity”. Trading under its existing name, OneWeb will continue to operate the LEO business, with its headquarters remaining in the UK.

Commenting on the transaction, Eutelsat Chairman Dominique D’Hinnin said: “This combination will accelerate the commercialisation of OneWeb’s fleet, while enhancing the attractiveness of Eutelsat’s growth profile.” OneWeb Executive Chairman Sunil Bharti Mittal noted: “Our customers are actively seeking a combined GEO/LEO offer”. Following the close of the transaction, Dominique D’Hinnin is likely to be proposed as Chairman of the combined entity and Sunil Bharti Mittal as Co-Chairman.

In the press release, the companies state: “The operations of Eutelsat and OneWeb are highly complementary. A clear roadmap has been designed to develop over time a complementary GEO/LEO service including a common platform, hybrid terminals and a fully mutualized network creating a one-stop shop solution for customers, providing them with a unique offering and a seamless user experience.”